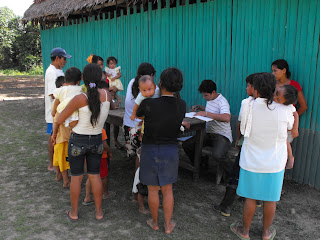 We gathered a huge amount of equipment at home and as we traveled into the Amazon we culled down the equipment to what we believed would be the best things to have on hand while in the jungle. The Team was amazing. With the broad expertise of a nurse, para-medics and an engineer; God had hand picked a great combination.

The team set up the church as a clinic and had stations for check-in, pharmacy, triage and consultation. The church turned out to be a solar cooker and even with the huge amount of stress working in the heat for two days, plus the massive amounts of bugs that attacked from the dirt floor, not even a single breath of displeasure was voiced. In total our team saw 116 people over two days. What a huge blessing for the people of Dos de Mayo and a huge blessing for us. 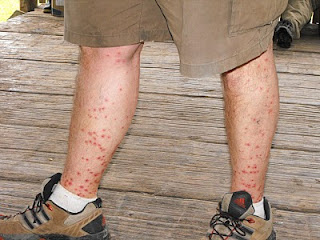 As people walked out of the jungle they were registered at a check in by Reyna our Peruvian nurse, moved on to John, John, Craig and Rich for triage. Alivia handled the shots and handing out the meds. Ed kept track of the Pharmacy. It worked! BUT!!…it was really hard work…you have to give these the med team huge props, they suffered in that hot box, were devoured by bugs and stayed in there and got it done. It was so much harder than my tasks, only after I had returned from the trail and shortwave radio did I realize how much they had gone through…..It was so bad that even with the heat they had to wear long pants and shirts tapped down to keep the bugs out. 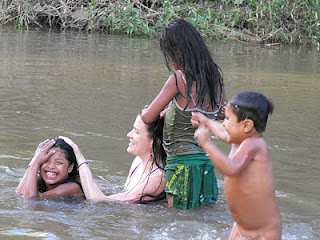 The one relief was the late afternoon swim in the little river that flowed by the village.. (And a bunch of bug repellent) ….