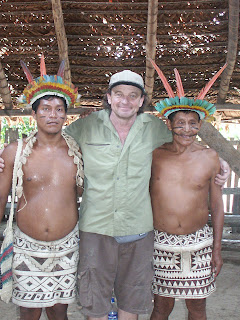 A few years ago I was traveling down the Shell Road just below the Ecuadorian town of Banos. I was with a group of people that had taken a ministry tour of HCJB Radio and we were headed to the Amazonian town of Mera. The road was a one lane dirt road that brings back visions of National Geographic explorer. Complete with deep mud and shear cliffs that tumbled into the jungles and Rivers that lay a short 1000 feet below. Getting back to the point, I was with Ron Cline, the current president of HCJB at the time, and he gave the most important advice that I had ever received as a future missionary.

Ron Said, ” When you start raising funds as a future full-time missionary, you will need to make two lists. The first list will be the people you know who will support you. It will include all your friends and family and most importantly the people that have been encouraging you to become a missionary. The second list will be all the people that you know won’t help. Business men from the church and the little old ladies that sit in the front row every Sunday. All the folks you barely know.”

Then He said, “As soon as you have the list complete, reverse them. Thats how it will be and don’t let it discourage you.”

Guess what? Ron was 100% correct. It really hurts sometimes to not receive any help from family or any of my close friends. It’s not the money. It’s what a small gift says; I trust you, I believe in you and I want you to succeed. Even Jesus had the same problem I guess, his parents and siblings didn’t believe He was who He said He was until after His resurrection.

Well it’s been about 6 years of ministry now and a few of my friends are helping out a bit, but my family still is MIA. Oh well………….

Keep your head up fellow fund raisers. If God is behind you, then pity those that stand in your way. 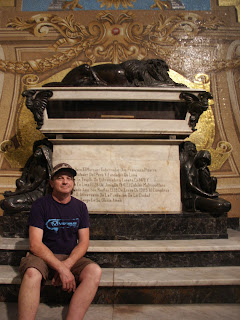